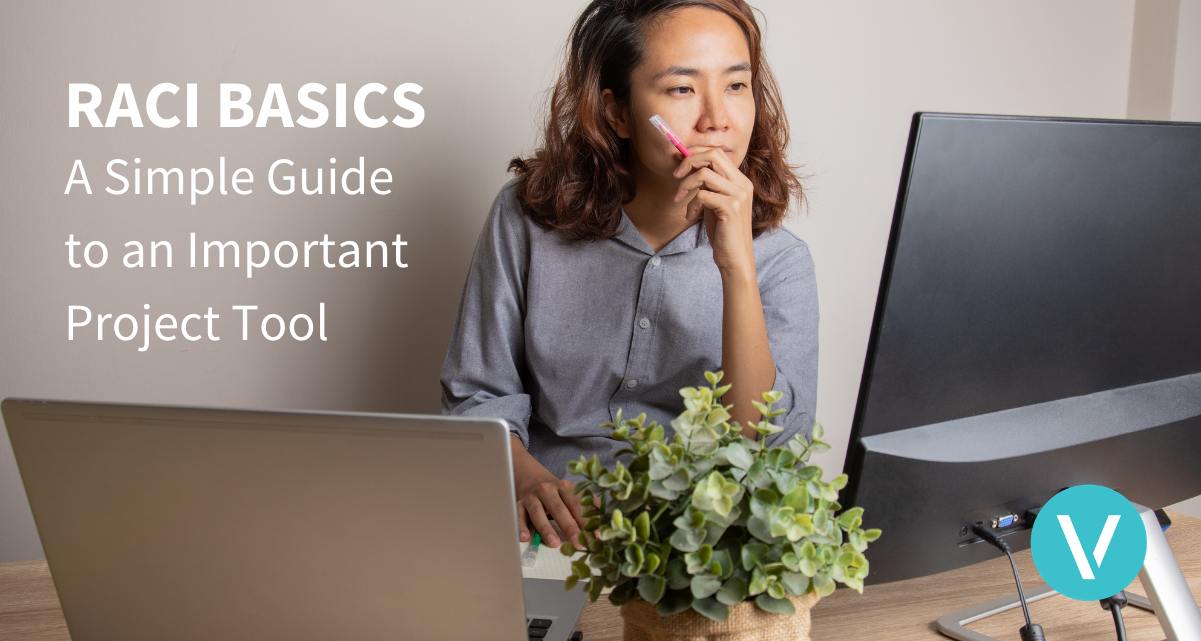 RACI Basics: A Simple Guide to an Important Project Tool

Keeping any project on time, on budget, and on track is a complicated job. Add a remote team to the equation and you’ve ratcheted up the complexity. There’s so much to think about, so much to do, and no door to knock on to check status or scope.

With so many moving parts, it’s like a juggler trying to keep a bunch of objects in the air at once.

Using a RACI is a way of keeping a matrix or chart of a project’s roles, tasks, and responsibilities.

We’ve put together this simple guide of RACI basics so if you find yourself managing a smaller project, you’ll have an easy reference.

In remote projects, who is actually doing the work — versus who needs to supervise or approve the work product — can be muddy.  Without crystal-clear details and communication of the activities and decisions required for the effective execution of a project, you risk missing an important stakeholder who might be critical to the process.

Using a RACI is one way of keeping an organized matrix or chart of a project’s roles, tasks, and responsibilities. Most RACIs break down who is responsible, accountable, consulted, and informed for each activity, task, or decision for a project.

Essentially, it’s a responsibility assignment matrix – and it works well because it identifies gaps, duplication, confusion, and keeps teams engaged and incredibly productive.

Here are four steps to follow when developing a RACI Matrix for your team.

We’ve all made lists, right? Shopping lists, bucket lists, to-do lists. A project list is the same thing, except we’re making a list of all the tasks required to complete a project, including when we’re going to start and when we’re going to finish. We’re not going to assign each task to a specific person yet, that comes later.

A good trick is to begin naming each task with a verb. When an action involves judgment or decisions, for example, verbs like “evaluate” or "inspect” will do nicely. Verbs like “complete,” “research,” “compile” are good starting points as well. Be specific in naming the tasks but avoid trivial or assumed activities such as “attend meetings.” They’re just going to clutter up your matrix.

Once your actions are listed, determine the roles which individuals, groups, or entire departments have for each task. In a role, one may be either responsible, accountable, consulted, or informed about the task and its completion.

Subscribe to our blog to learn more tips for managing remote projects. 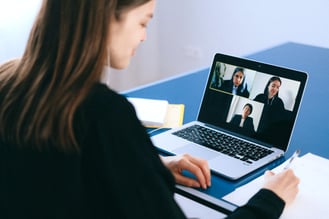 Those who do the work to complete the task. This is the person entrusted to do the work or make the decision and is responsible for the quality and timing of a specific piece of work.

A consulting role is like an oversight committee. A person in this position would be consulted before a final decision being made for feedback. They are meant to look at each task with a critical eye.

A consulted individual does not override decisions made by accountable individuals but is responsible for raising major issues or concerns before moving ahead and for providing input and understanding for the ramifications of those actions and decisions.

Finally, an informed individual is ‘kept in the loop’ about conclusions or decision points in the process, usually only when a task has been completed.

The idea behind RACI is to create a simple visual representation through a matrix or chart. The chart lets you map your tasks against the roles you’ve defined.

Start by filling in the accountable (A) or responsible (R) cells, then move on to consulted (C) and informed (I).

For an effective matrix, all roles and responsibilities must be documented, communicated, and accepted by stakeholders. Build the chart with feedback from your team. 100% accuracy is not essential, and the document should be updated and adjusted as needed. Changes are always going to happen, and you need your RACI model to reflect each change as it happens.

Once the model is filled in, you must assess whether it’s going to be effective. Just filling in the blanks doesn’t mean much if the roles aren’t complementary or if your group hasn’t properly divided the tasks and responsibilities. Here are some things to watch out for:

As you get more comfortable with using a RACI model, you’ll find that it will become second nature.

RACI is an efficient way to identify who needs to be involved in what, but only if you follow through. Put your matrix to work and review and adjust it regularly with your team and stakeholders. You’ll find that not only will the tasks get done, but the projects will also get completed and everyone involved is going to feel great about their contributions!

Get the tools you need to help your remote project team on our Resources Page.

Need help getting started? Reach out.

Fire Drills: How Not to Get Burned in Virtual Project Management

FIRE! Everybody knows what a fire drill is. You’ve participated in dozens of them in your life,...
Read More

How to Nail Your Next Virtual Quarterly Business Review [Free Template]

How to Beat Distraction While Working from Home

The ping of the email. The buzz of the phone. The coworker who just needs to ask you one quick...
Read More